An international group of about 20 young people has worked, jointly with local volunteers, for a year and a half to complete the project.

In 2010 the facilities at this location appeared to be outdated and too small for the flow of conference guests. The choice for the construction of a new conference hall was a logical one. In August 2010 the first spade went into the ground and the building project was completed with the opening of the conference center in March 2012.

The new conference center of 950 m2 with associated facilities can accommodate approximately 300 people. It is central to the people in Argentina and Chile, who come here several times a year for the conferences. Throughout the year the nearby regional churches use the center for their frequent meetings.

HMC was not the initiator of this project, but was one of the parties that gave financial support. HMC made donations in 2010 and 2012. 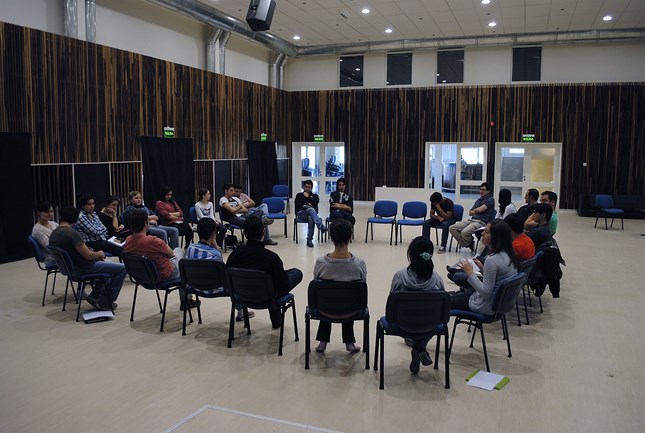